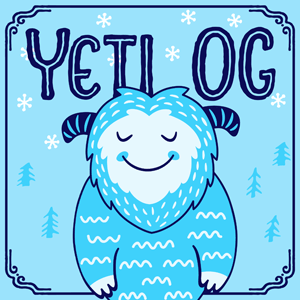 Originally known as the Headband BX, Yeti OG is a highly sought after strain that has become a bucket list item for many a weed connoisseur. As elusive as its namesake, this indica-dominant bud was created by NorCal Collective (Loompa Farms) for the purpose of bringing together high THC content and high CBD content without leaving the user completely knocked out.

This heavy hitter boasts high THC levels of around 20% on average, but what makes this a go-getter strain like none other is that it pairs that with a CBD content of 3% and above. This makes for an ultra relaxing experience with a moderately heady high to accompany that. Nugs give off a super appealing grassy aroma that is overshadowed only by its super creamy flavors. These soft notes make it a very easy smoke and therefore very easy to love. The orange hairs and thick coating of glittering trichomes compliment the rich green coloring.

The high from Yeti OG is one of a kind and is said to be for experienced users only. Found mostly in Northern California, but gaining popularity outside of the state, this bud has a unique beginning, wrapping a pressure around the crown of your head (hence its former name, Headband) that lasts for quite some time and gives you the feeling that maybe you didn’t smoke enough. Don’t trust your gut on this one – it’s a slow onset but it will kick in eventually. Once that pressure settles you’ll start to feel a punch of euphoria and arousal without increasing your heart rate or giving you racing thoughts. Because of the indica effects, the body high is deep and steadfast. It will leave you with a happy, but weighted feeling.

Medicinal users love this strain for its sedative properties, making it ideal for staving off chronic pain and headaches and giving users the breath of fresh air that they crave. For the treatment of insomnia, try this bud an hour before bed. For mood disorders such as depression and stress, try this in a slightly lower dose. Novice users beware, as this strain is recommended for intermediate to advanced smokers due to its tendency to get away from you. Although the effects aren’t as intense as the name might suggest, they are on the stronger side.

If you’ve ever wanted to try growing your own bud, but don’t know where to start, you may want to look into Yeti OG as a starter. Depending on who you ask, this is mostly an easy grow, though some say intermediates have a better yield. Yeti OG is an indoor/outdoor strain that does well in mild to warm climates. The indoor flowering time is 8 to 9 weeks or you can expect an early October harvest outdoors.

Yeti OG is a super easy smoke that will have you feeling good and definitely reaching for more. The creamy flavors and smooth effects make this one a must try if you are in the area of its homeland. If you want to try a newly dubbed connoisseur strain before it becomes a rarity and retreats back into the Northern California forest, give this one a go.

There are no reviews yet.

Only logged in customers who have purchased this product may leave a review.

Please verify your age to enter.